The Legacy of Barney Ewell

Learn more about Olympic athlete and Lancaster hero, Barney Ewell. Featured in the video is Barney’s daughter, Denise Ewell. Hear from Denise about her father’s accomplishments, personality, and the legacy he leaves behind. Ewell Plaza on the 100 block of N. Queen Street was named in his honor.

Ewell Plaza is named in honor of

Ewell Plaza honors Barney Ewell’s Olympic legacy, gregarious spirit, and love for the community and Lancaster that was unparalleled. Creating a public space where everyone can experience arts, culture, learning, and recreation.

Despite any obstacle, it was said that Barney Ewell had a passion for running and a love for all people. He grew up attending J.P. McCaskey High School where he began his journey as an athlete. After a bout of polio, Ewell took up running to regain the strength of his left leg. He pushed others, including himself, to start strong and be the best that they could be no matter who they were. The community celebrated his achievements and before graduating, newspapers around the country were already referring to Lancaster as the home of “another Jesse Owens.” The President and Chairman of Armstrong Cork Company supported Ewell in his journey as a star of his track club before the Olympics, and employed in later years. While attending Penn State, Ewell established himself as “the fastest man in the world,” breaking the world record for the 50-yard dash with a time of 5 seconds and winning 12 national intercollegiate championships.

However, the cancellation of both the 1940 and 1944 Olympics due to World War II almost devastated his Olympic dreams. Even so, he surpassed expectations and surprised everyone, qualifying for the Olympic team and matching the world record for the 100-meter dash at the trials at the age of 30. That summer, at the 1948 Olympics in London, he shared photo finishes in the 100-meter dash and 200-meter dash, earning a silver medal in both. His lightning speed in the first leg of the 4×100-meter relay finally made him an Olympic Gold Medal winner.

Perhaps it was the excitement of our local hero, but no event in Lancaster’s history brought our diverse community together with more enthusiasm than Ewell’s Olympic sendoff and return. Legend has it that more residents greeted him at Lancaster Train Station than had welcomed President Franklin Roosevelt some years prior.

History is a grand part of the big picture that inspires everyone to push through and evolve. The Ewell Plaza in downtown Lancaster not only honors this inspiring story of the greatest athlete ever to come from our neighborhood but also embodies his spirit of love for all people. A love that was felt by so many who made his acquaintance in Lancaster and around the world. His story of following his passion and never giving up is just one of many that make up our great Lancaster City. 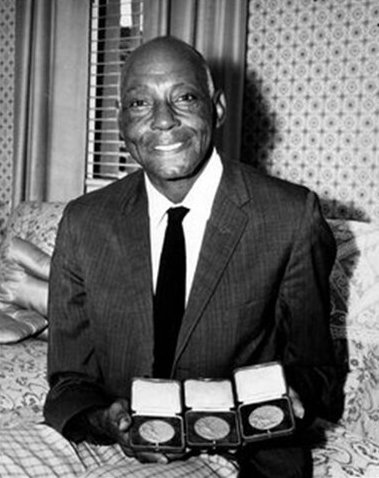 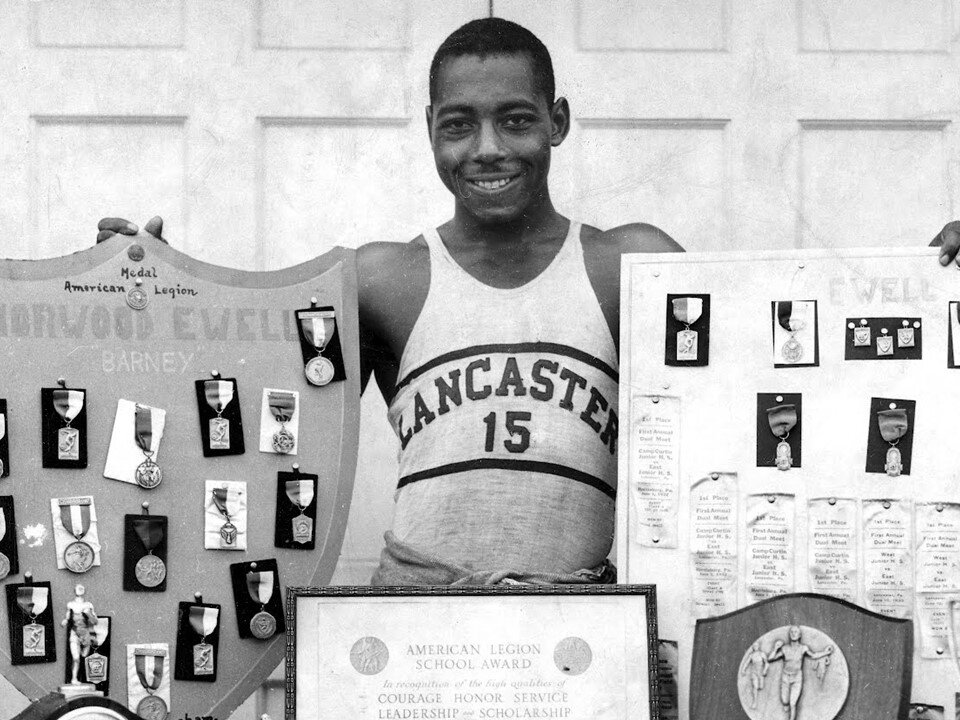 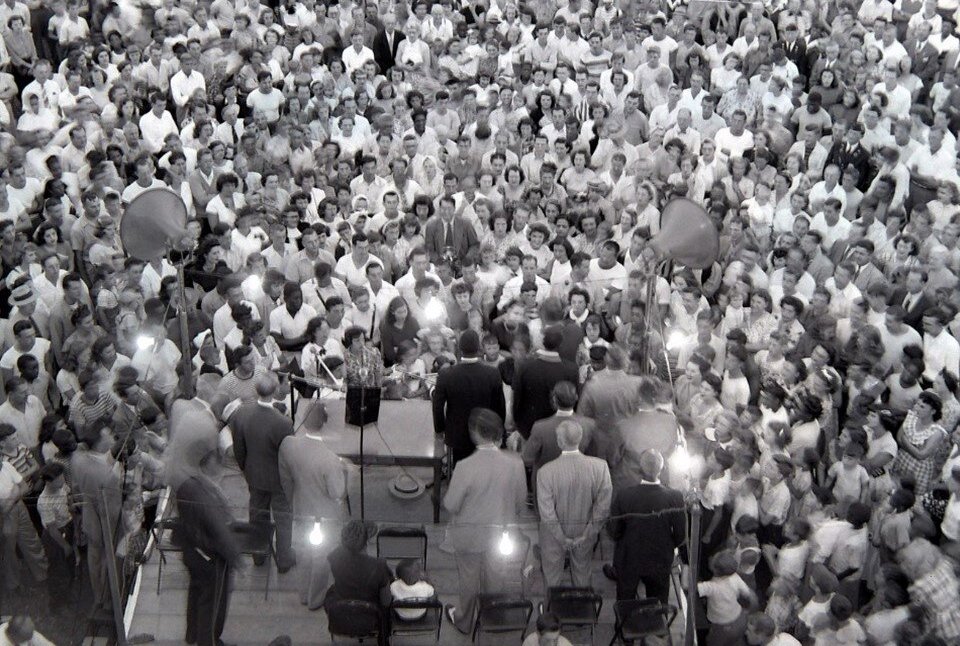